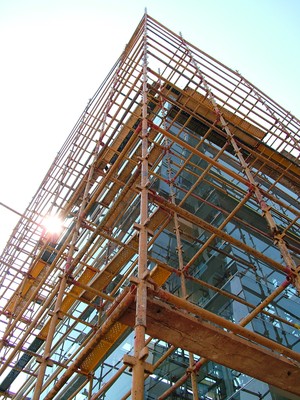 Cherry Creek residents lost a battle, but Cherry Creek may have won an economic revitalization. After a long meeting lasting late into the evening on Tuesday, Feb. 19th, the Denver City Council voted 11-0 to rezoning 245 Columbine St. in Cherry Creek North to a CMX-8 zone. This means that higher density construction will be allowed on the half-acre land where the abandoned U.S. Post Office has sat for three years.

Denver developer Jim Sullivan will build a new 7 story, 90,000 square feet office and retail building. James Sullivan submitted plans for the project in September. It will also include several floors of underground parking, ground-floor retail, office space and two luxury condos on the top floor. The developers decreased the building height to seven stories from eight and reduced the building by 13,000 square feet to appease some of Cherry Creek residents’ concerns.

SullivanHayes Cos. is a Denver-based retail real estate company bought by Chang Enterprises of Mission Viejo, California in 2004. Jim Sullivan started SullivanHayes with Jed Hayes in 1978.

The project was designed by Brian Klipp of Klipp Architects. Klipp Architects was founded in 1979. From two experts to nearly 40 today the well awarded company located in downtown Denver has built such notable projects as the Hyatt Regency Denver Colorado Convention Center, Lincoln Station, Denver School of Science and Technology, the Denver Central Library and the recently built Denver Justice Center.

The Gloves Are Off in Denver

The vote embittered the North Cherry Creek Neighborhood Association, who felt their 12 weeks of meeting and work on a special white paper made by neighbors and architects as guidance was completely ignored. Their fears are that the project is too large adding too much traffic and will destroy the character of the neighborhood. Residents also feel that the Sullivan building will set a new precedence for over-development.

The developers argue that traffic will have little effect in the area as it will be directed on to the already busy Josephine Street.

The battle will be ongoing. The association has started a legal defense fund to hire the 24-year-old Colorado real estate development firm of Jack Reutzel.