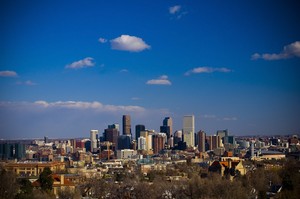 As inventory remains low and monthly rents continue to rise, the rental market in the Denver metro area is providing lucrative investment opportunities for landlords across the city. However, The Denver Post reported earlier this month that one Denver area in particular has been identified by a recent RealtyTrac report as among one of the Top 25 Hipster Zips in the country.

The 80218 Denver zip code was identified by the report as one of the hottest areas in the Mile High City for rentals and one of the best places in the country for landlords to invest their time and money. With boundaries of East 21st Avenue to the north and East 1st Avenue to the south, as well as York Street to the east and Grant Street to the west, the 80218 zip code includes some of the most sought-after trendiest neighborhoods in the city such as Capitol Hill, Cheesman Park, City Park West and Uptown.

The 80218 Caters to Hip, Younger Generation

According to Census information, the 80218 zip code includes a majority population of 25-39 year olds who live in either single-person or dual households. Located in the heart of downtown and bordering the upscale Cherry Creek residential and retail neighborhoods, the 80218 area is only steps away from trendy restaurants, happening nightlife establishments and tasty coffee shops.

The top five popular restaurants in this zip code, according to UrbanSpoon include:

If you’re considering the options of investing in the Denver rental market, trends and reports are pointing toward rental opportunities in the neighborhoods in and around the 80218 zip code.  If you need help pinpointing the best rental properties to invest in, give the Denver real estate experts at New Era Realty a call. They can help you find the best Denver rental investments in the high demand Downtown Denver neighborhoods of Capitol Hill, Cheesman Park, City Park West, Uptown and Cherry Creek.