Hop on Over to the Downtown Denver High Life 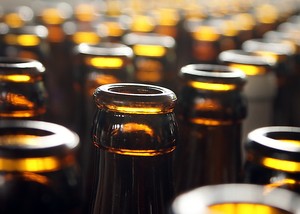 Barbecues, balconies and a cold tasty microbrew are staples when it comes to enjoying the Mile High lifestyle in a downtown Denver condo or loft. Known as the Napa Valley of beers, Colorado has more craft breweries per capita than any other state and the downtown Denver area in particular is where many breweries house their brew kettles, hops and barley. In celebration of Denver’s Oktoberfest starting this weekend and in anticipation of the Great American Beer Festival in October, craft breweries around Denver are buzzing as they tap their special season kegs all across the Mile High City.

This time of year is like the Super Bowl for craft breweries. If you are interested in getting in on the action brewing around the city, you may want to check out some of the following brewery-friendly downtown Denver neighborhoods. And, if you really want to get into the game of craft brewing, there are some unique loft, condo and single-family options in these hoppy neighborhoods that you could tap into for your next dream home.

With boundaries of I-70 to the north, Federal to the west, 38th Avenue to the south and Inca to the east, the historically urban Sunnyside Neighborhood northwest of downtown is becoming home to some new and unique microbrewery concepts.

This creativity-inspired neighborhood located just north of downtown is known for its uniquely designed residential and commercial concepts that mix office space with studios, lofts and urban-living space. With boundaries of I-70 to the north, I-25 to the west, Park Avenue to the south and Arapahoe to the east, the art of craft brewing is being thrown into the mix of this neighborhood’s eclectic culture. 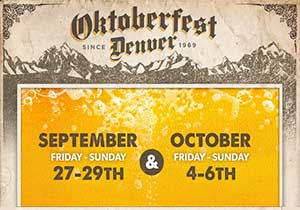 As the name of this actively urban neighborhood implies, when you’re in the Ballpark Neighborhood you are surrounded by baseball, hotdogs and beer. And, as is typical in Denver, a lot of the beer poured in this northern downtown area is from large and small brewpubs and craft breweries. Starting this weekend and running through October 6, the German-inspired beers will be taking over the Ballpark Neighborhood at 20th and Larimer during the 44th Annual Denver Oktoberfest. Fill your stein and grab your lederhosen to pay tribute to one of the greatest beer drinking celebrations of all time.

When you are ready to tap into the downtown Denver condo and loft excitement that is brewing around town, contact the team of real estate experts at New Era Realty. Expert agents can help you find your next condo, loft or single-family home in the best craft brewing neighborhood that will satisfy your taste buds and your lifestyle. Prost!