Lower 48 to Arrive in the Ballpark Neighborhood 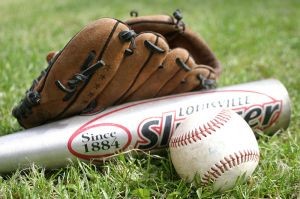 If there is one topic on everyone’s mind this time of year it is April 5th‘s Opening Day for Coors Field.  Grab your friends, grab your family, and head to the Ballpark Neighborhood for Denver’s Celebration of the Rockies Season Kickoff.

But that’s not all that has people buzzing about the exciting Ballpark Neighborhood for it was recently announced in the Denver Post that a new restaurant will be opening this fall.

Lower48, an new eatery is planned to arrive in Ballpark this fall.  What makes this a particular restaurant to follow is the name and pedigree behind the person opening it.

Mario Nocifera is bringing his experience from Boulder’s famous Frasca Restaurant and that should mean great things for Lower48.  From the Denver Post Article “Lower48, with Frasca Food and Wine alums behind it, to open in Ballpark this fall” we learn that Lower48 will be occupying roughly 3800 square feet at the base of the residential tower 2020 Lawrence.

Is that the only buzz in Ballpark this month.. not even close.

Earlier this month ViewHouse at 2015 Market Street held it’s grand opening. As the name implies, the View House offers a massive rooftop deck to take in the sights of Denver while relaxing… and I’m sure it is no coincidence they scheduled to open just in time for the Rockies Kickoff and the beginning of spring “sit on the deck with a tasty beverage” season.

Their opened on March 14th to supporters of the Ballpark Neighborhood Association for a quick preview before the general public got their taste on March 15th.

This makes just two of the many new restaurants that have taken hold in the new Ballpark Neighborhood over the past few years… and the real estate development has certainly followed.

And it never hurts that these residents can enjoy a short walk to a Rockies Game.

Lookout Denver!  The Ballpark Neighborhood is heating up.