More Jefferson Park Buzz with the Planned Opening of Sarto’s 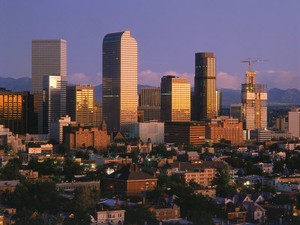 Are you a Fantasy Football fan?  Do you track those hidden gems on the Waiver Wire?  If so, then the following metaphor should make sense.

Make sure to keep your eye on Jefferson Park because while LoHi and Riverfront Park are the names everyone knows… within a season or two the top performing neighborhood in Denver might be Jefferson Park.

We have been watching the boom of Jefferson Park and the fast pace of interest that has developed around this magical neighborhood with an amazing location. Now it seems we are tracking the growing boom of Restaurants in Jefferson Park.  This week our highlight is on the next to likely open.

Sartos, being brought to us by Brian Laird who worked at one of our favorite restaurants Barolo Grill, is bringing his new dining experience to century-old corner space at 2900 West 25th Avenue.

The cuisine is reported to be Northern Italian, which fits in nicely with the tenure he has had at Barolo Grill.  The space is supposed to be large with not just one but two outdoor patios.  But I’m guessing if they haven’t opened their doors yet, that the patio seasons won’t start up until the spring.

This is the second restaurant story for Jefferson Park in the past month (remember when we shared the details about Sexy Pizza opening in January).  Usually the trend of restaurant openings is a sign that an area or neighborhood has something going on.

For Jefferson Park, not only is there a restaurant boom but also a real estate development boom, especially around the park itself.

Keep in Eye on the Jefferson Park Place Project

One such project that is gearing up for its launch is the highly anticipated Jefferson Park Place Project.  Rumored to be roughly 27 modern hip and cool row homes in a terrific location, this project has all the things we love to see.

From what we have seen the new Jefferson Park Place row homes are going to offer rooftop decks, open floor plans, and an incredible attention to detail at an affordable price.

Get ready Denver! Jefferson Park is booming. Be ready to draft in this area.

To learn more about Jefferson Park Place make sure to sign up for updates at http://jeffersonparkplace.com