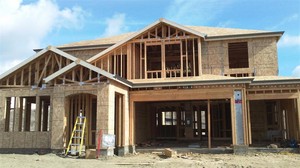 Spring is in the air meaning that the busy buying and selling season is heating up, especially in the Denver metro area. But, this year looks to bring similar real estate conditions where demand for new homes will be high, but supply will remain low for interested buyers in the downtown Denver and surrounding metro areas.

New Construction and Opportunities in the Metro Area

Recent statistics published in The Denver Post show that the residential building sector is trying to make up for the lack of potential houses on the market for interested buyers by significantly increasing new build projects within the Denver metro area. Numbers from McGraw Hill Construction show that 2013 construction starts were valued at $6.9 billion, which is an 11 percent increase from 2012 and a 146 percent increase from 2009. Multifamily and single-family housing are leading factors of the recovery and boom in Denver’s building industry.

Whether it’s building completely new neighborhoods or adding new developments into existing popular neighborhoods, dust is moving and new homes are popping up across the Denver metro area. Some of the most notable new construction projects currently underway include:

New construction in Denver is booming as we kick off the busiest season in real estate across the city. If you’re ready to tap into the new construction boom that is sweeping all areas of the metro Denver area, call the real estate experts at New Era Group. They can help you find the best new home in the neighborhood of your choice, as well as help you sell your existing home if you are looking to move up into a brand new neighborhood.